Simon McKnight, cover star on Sector 13 Issue One gives an account of his introduction to cosplay and the origin of his Dredd Movie costume. 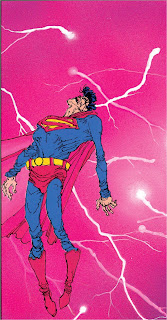 It was June 2014 when the first big comic con hit Belfast. There had been smaller ones before but nothing like this, this was going to be an event. By then the TV show The Big Bang Theory had brought so much of what I’d loved into popular culture, it had made it cool to be a geek and had continually referenced San-Diego, the Mecca of comic cons.

Of course there would be no Marvel exclusive trailers in packed halls but it was still marvelous and there were cosplayers, lots and lots of cosplayers. When my friend and I left the convention that evening we agreed that next time we were going to do it properly, that we’d have to sort out costumes.

The first things I had to consider were the costs and my own abilities. I had no experience or cosplayer crafting skills. To me foam mats were for Yoga and hot glue was for blue Peter projects. So I found myself ruling out the more ambitious characters and looked for ones with a more earth bound attire. Then I remembered Dredd. The 2012 movie was awesome and I was still hoping for a sequel. As a boy I had loved the character (Through the trade paperbacks my brother had gotten me into). This was my kind of anti-hero and his armored uniform was epic. I was a little shocked I hadn’t thought of it sooner. 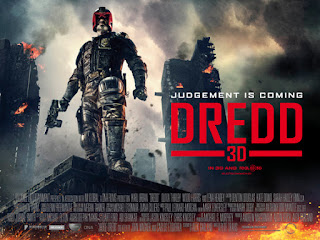 I began my research. Thankfully I was working in a call center at the time and had plenty of opportunity to hit the web. I’d be busy reading the studio creations pages on the type of clips used in the movie as I verbally nodding to the caller on the phone and agreed how horrible the bank was even though they hadn’t actually bothered to check their balance before they’d tried to empty Matalan. I found that, like most costumes, there’s a wealth of information and support to be found online. There seemed to be a big following out there for the Dredd movie and many sellers had items for sale. I began saving links and bookmarking sites to the parts and items I needed. Once I was happy I would be able to complete the whole thing (I didn’t want to get half way through and find I couldn’t get a helmet for love nor money) I pulled out the debit card and began. My Amazon and e-bay accounts went into overdrive and my inbox began to fill up with order confirmations and the delivery schedules.

So began the long wait. As items were being made as far afield as USA or china there would be anything between two weeks to two months for all the items to arrive and work on. For me patients is always the hardest part. On a build I’ll want to finish so I keep painting even though it’s still wet and I know I shouldn’t. Eventually the packages began arriving, it was like Christmas in summer with all those brown packages arriving regularly.

Most of the items were sold fully finished, I had gotten the leathers, gloves and armor from leather next, a standard set of black biker boots from amazon and the belt holders from Etsy. The helmet and lawgiver were unpainted, I cut out and sanded the lid and began painting them both. This was and still is one of my favorite parts of a build where blank plastic is transformed into scrapped metal through artistic flare.  I then began to craft the belt parts from cardboard and polystyrene.

You can layer pieces of shaped cardboard, coat with filler and sand down to get the rough shape for most things. My smoke grenade was a loo roll and heated plastic, my flash bangs were painted polystyrene balls with red plastic and I used sculpted clay for my breech mine and the medical tools inside my med-pouch (yes I had become that anal). No-one was doing the holster for the lawgiver. I had attempted and failed to create something with plaster of Paris, any cardboard or soft holster systems would fail and I wasn’t set up to do anything in wood.

Then I found a post on the RPF where a guy had created a simple wooden shape and draped heated Kydex over it. So there I was measuring my lawgiver, nailing bits of wood onto a two by four to match its general shape. Heat gun in one hand and oven mitt the other I folded and pressed the flat piece of plastic into custom fitted lawgiver holster. This was then bolted onto the straps of a dismantled holster and the covered with an old cut up leather coat.

When each item of my uniform was cut, sanded, primed, painted and dried I was finally ready for my first patrol. The June Convention had been so successful that another company wanted in on the act and by October Belfast was holding its second major comic convention that year. I arrived to the car park half ready, I just needed to put on the armor and belt pieces. Of course this, I would learn, is all par for the course for a cosplayer. When you cosplay you’ll often have little or no peripheral vision, you’ll not be able to carry anything other than a toy gun with an orange tip, you’ll be in constant need of a drink and will be soaked in sweat by the end of the few hours you’re there. It was all totally worth it though.

When you cosplay you meet so many people. I’ve met people that I can definitively say I’d never have met otherwise. Be it the likeminded cosplayers dressed up as their own favourite characters or the smiling admirers who politely ask for a photo with a beloved character. For those few hours you can become someone else a part superhero part celebrity. When else would you experience people queueing to ask permission for a picture? I was hooked.

Then after the convention comes its own rituals, you regularly check Facebook for posts because judges don’t carry camera phones, you connect with all the new people you’ve met and then there’s the dreaded repairs.

Inevitably there will be some damage or aspects of your costume that you realise need to be worked on. I am constantly being reminded by my friend and fellow cosplayer of “that one time” when I dropped and broke my Lawgiver. I learnt to always remember to bring superglue, tape and other emergency repair kit items when cosplaying as well as that one time the Red Hood was mistaken for Red Robin… 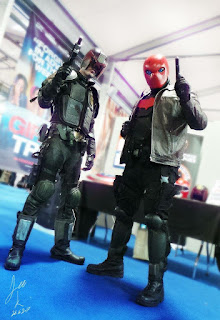 The work on my Judge continued and continues still. I got my own personalised badge, I upgraded my belt pieces, my boots and my helmet. I am currently working on a lawgiver upgrade to one with a working LED screen.  I think that no-one is ever really finished with their costume builds they are always either looking to improve or replace pieces of it. Either that or they’re looking at their next costume, I have another three in my collection now… and counting.

So the best advice I could give or at least the thing that I’d do differently would be more research and use the resources that are out there. I only found out about the costuming communities on Facebook and even in Belfast after I met a few more Judges at the convention. The help and advice that is shared between like-minded people is amazing. They are great at pointing you in the right direction if you’re stuck or unsure and always so encouraging.

A word of warning though, first it starts with a few people who like 2000ad meeting for coffee and a chat then it became a whole group of people who create a Facebook group with regular monthly meet up and our own tee shirts. Then some suggests a fan comic as a way to help promote the group and what we are about and after you help create and publish two of them someone will demand you write a blog. I guess it did all start with a big bang. 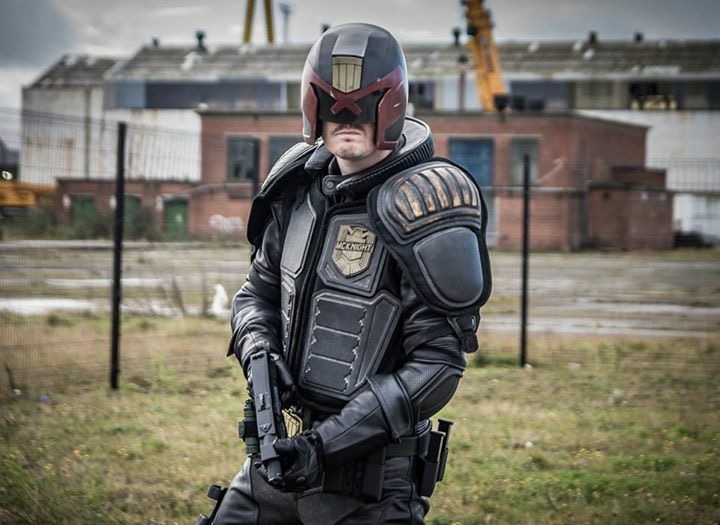 Many thanks to Simon for this Blog post and for the enormous amount of work he did getting Sector 13 issue 2 ready for publication.  Simon was putting together editorial pages and correcting errors right up until the last moment.  And he's volunteered to do the same for issue 3.....